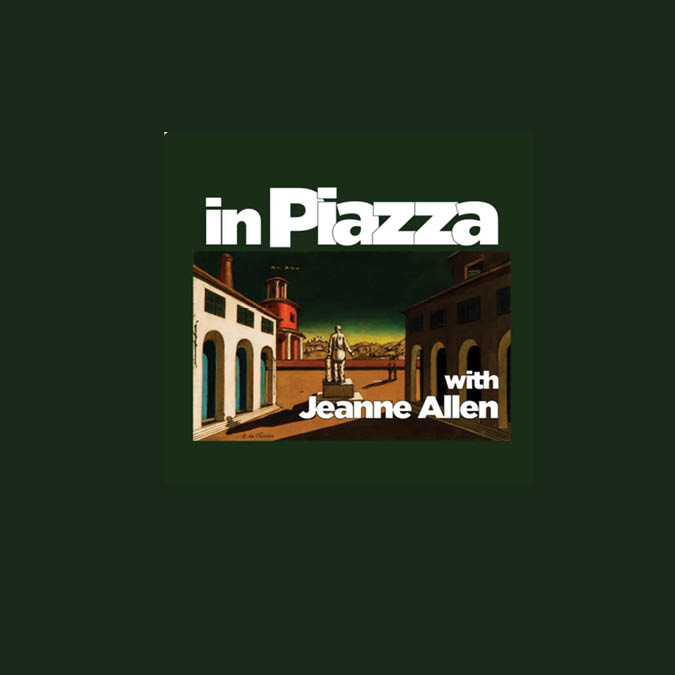 When it comes to conversations about education policy, Jill Kafka explains, “We want people to shout from the rooftops that private schools and the Catholic school system deserve a seat at the table.” This spring, Jeanne Allen provided a platform even better than a rooftop; she invited the Partnership’s Executive Director onto her podcast In Piazza to talk with her and two other educational leaders about parent support during COVID and the controversies surrounding school choice.

As leader of the Center for Education Reform, Allen has long advocated for innovation in education—particularly for those structural changes that can give more parents more of a voice in their children’s educational options. Jill joined her along with Emily Zim, CEO of Zeta Charter Schools in New York, and Rob Blevins, Executive Director of the Discovery Center of Springfield, Missouri, a science museum that started an award-winning school in the middle of the COVID-related school shutdown.

The three guests have innovated in very different ways, but they all agree on one point: children come first. As Emily Kim asserts, “We need to put the needs of children ahead of adult convenience.” All three explained how their organizations adapted to ensure that remained true during the COVID pandemic.

A few excerpts from Jill’s remarks:

Being Catholic schools means that we have long and deep histories in our communities. Some of the parents we have actually went to our schools. We’ve always prioritized trust and real relationship-building with our families, and that was critical, especially during COVID.

Because we have that trust and those relationships, we were able to poll our parents, get their thoughts on bringing back students in person in our buildings and how to have a remote and in-person program, and then we were really nimble to do that quickly. So having parent trust is critical, actually, to our model and to the success of Catholic schools. If we don’t get the trust of our parents, our schools close. So it is an important part of what we do.

People think of it as your grandma’s Catholic school. [At the Partnership,] we say that we are a 125-year-old start-up, because we have taken the core and tradition, the strength and foundation of Catholic education, but we’ve also brought twenty years of education reform to our schools. We have curriculum that is state-of-the-art. We’ve learned so much from our charter school peers and brought some of those efficiencies and scale to  Catholic schools. So it is the best of both worlds. Catholic schools sat out the last twenty years of education reform, and we’ve brought that back in, so you see a lot of learning and a lot of success, but also that foundation of faith and values that Catholic schools are known for.

What we do [in the Partnership] that’s different within Catholic education is that we have a contract with the Archdiocese of New York and with the Diocese of Cleveland that gives us full autonomy and authority to run these schools as a network. They are still Catholic schools owned by the Church, but we are basically an outsourced operator, and we are making our own decisions about curriculum, leadership, the buildings—every decision is made by us and our team, which is not really done around the country.

A lot of Catholic schools are parish schools that are controlled by a parish priest, or they are schools that a diocese runs, but having an outside, independent management team running Catholic schools is a pretty new concept. We’ve been doing it for nine years now, and it absolutely has been working. We’ve seen huge success in terms of test scores and high school placement. We’ve been about to take $11,500 per child and make it work by being really efficient and really focused on what we choose to do at a network level and what we allow the schools to continue to do themselves. We allow them to stay independent with their own personality and some local decision-making that’s best done at a school level.

Parent voices are rising up because parents were unhappy with what they saw when they were locked down—they saw what was on that screen, and they didn’t necessarily want that choice anymore. This has unlocked a lot of other options and parent empowerment, and we haven’t see that in a long time.

We think all the time about how Catholic schools are the largest private school sector in the country. They exist already; you don’t have to build new ones; they are already there. We want people to shout from the rooftops that private schools and the Catholic school system deserve a seat at the table. There are ways to turn the schools around, make them better, and not have to close them and eliminate one of the biggest and best poverty elimination tools this country has ever had. So we are all about trying what can be done in a system that already exists; we want people to know about it and help us do that, and provide those best opportunities and choices.

You can find the full podcast here.