The Future of Catholic Schools: Podcast 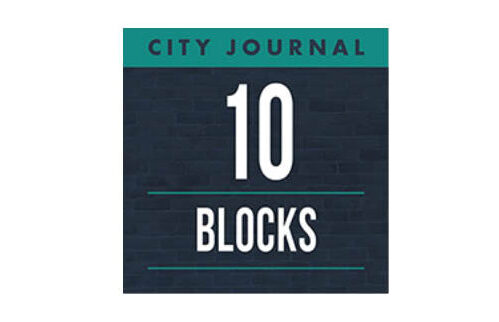 This week, City Journal editor Brian Anderson interviewed the Partnership’s Superintendent, Kathleen Porter-Magee, for 10 Blocks, the City Journal’s podcast. Their conversation touched on the intersection of Catholic schools and public policy as we emerge from the pandemic. A few excerpts from Kathleen’s interview:

About School Choice in the Pandemic:

The families that we serve in Cleveland, Ohio, regardless of their own economic background or their own ability to pay, were able to take, essentially, the Cleveland voucher and use it to attend schools that were open…

It’s just an equity issue. We should not be limiting options and limiting choice to only those families who can afford it. I think you don’t need to look any further than New York City, in the neighborhoods where our schools, the schools we serve at the Partnership, are located: the public schools struggle in normal years, and then when faced with a crisis that COVID presented, they struggled even more. The families were locked out, they themselves were facing crisis, their children were facing crisis, but they were essentially told to wait because they could not access any sort of public money to opt out of a system that wasn’t serving their needs—that just seems like the definition of inequality.

About the Call to Action for Catholic School Leaders:

As a Catholic school leader, I also see that we can’t sit around and wait for school choice and hope that that will save us. There are actually a tremendous number of things that we can do as Catholic school leaders. We have a lot of agency, and I think a lot more agency than we sometimes realize or exercise. And so one of those things is trying to get better about sharing the good news of what a Catholic education can do and can provide and being very intentional about marketing and outreach.

…The admissions process at some Catholic schools is onerous…again, if you’ve got a family who is in crisis, is struggling with an economic crisis or a health crisis, or some other crisis, trying to meet those paperwork or admissions barriers can be really challenging. So one of the things that we did this year was make a commitment to reduce every barrier that we may have intentionally or unintentionally erected. We made sure to pull it away so that we could increase access to as many students and as many families as we’re seeking out a Catholic school education.

About Competition from Charter Schools:

I feel like as choice advocates ourselves, we have to embrace that competition. So it is true that the expansion of charter schools, particularly in cities like New York, has hurt Catholic school enrollment. There’s no question. But again, if we believe that choice and competition is a net positive for families and communities, then I feel like as Catholic school leaders, we need to really embrace that and we need to make sure we’re building our own competitive advantage.

…While the academic competition is stiff, the reality is because we are faith-based schools, the way we can wrap character education, values and faith around every piece of our education is unique. So now that is something that we are really intentional about and trying to focus on as we recruit new families, is that the families see that there is something different. It’s more.

One of the things that we say this year is there is no test for a good life, but there is a school. And what we mean by that is when we think about educating for the good life, academics is obviously a critical part of it, but it’s more than that. And I think as Catholic school leaders, that gets back to the question you asked before, about how are we marketing? Are we celebrating those things that make us unique? Because that’s where our competitive advantage will be.

Listen to the full podcast or read a transcript here.