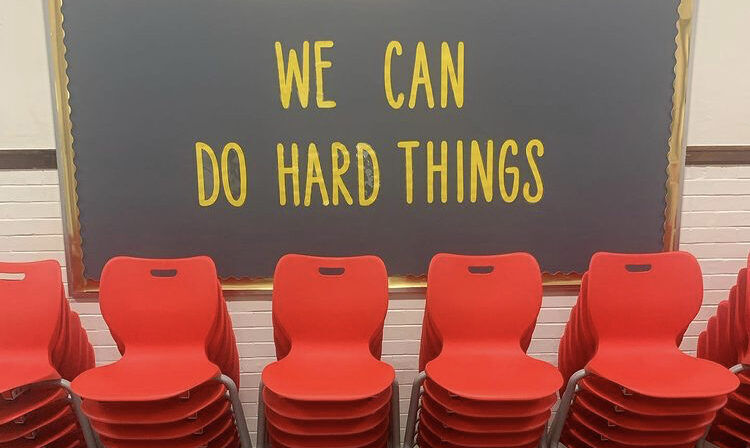 Mike McShane is curious about education—in public, charter and private sectors; pursued on macro policy levels; and as it plays out in families’ choices. That’s just one of the reasons why our own Partnership Schools’ Assistant Superintendent Christian Dallavis enjoyed talking with him last week on Cool Schools—the podcast Dr. McShane hosts as the Director of National Research for EdChoice.

Mike and Christian’s conversation provides a broad description of the Partnership’s work, insights into our expansion to Cleveland, and thoughtful reflection on our work in the first full year of pandemic schooling.

A few highlights of their conversation:

On the Partnership’s approach to school turnaround:

Our mission is to work with schools that exist and not to start new schools that’ll run an old school out of business. We don’t go in and have everybody reapply for their jobs or something like that. We believe in the power of existing Catholic parochial schools, and we believe that Catholic schools typically are anchors in their community. I think of them as sources of community capital and social capital in their communities.

On how last year’s enrollment increase in Cleveland [up by nearly 40 percent] changed the student population:

We did have a huge influx of students who had never been in a Catholic school before…so we had a lot of kids who came in who were coming from a completely different kind of school culture, where they had different sets of expectations. So it was a challenge for teachers at times to really help kids to have a sense of what the expectations would be…[and] teachers were splitting their time between at-home learners and in-school learners.

So it was a real challenging year for our teachers, but I’d say largely very successful. All of those students are returning this year, about the same retention percentages we usually get, about 85%. So we’re pretty happy about that.

On Christian’s view of Ohio’s school choice programs compared to other states:

When I was working in Arizona, I remember I showed Matt Ladner this flowchart that I had to create with our scholarship coordinator, where it was kind of like you qualify for this tax credit scholarship if you are a foster child or the child of active duty military, or living on a Native American reservation. And then there’s another one if you are switching from a public school, or another one if you’re transferring in from out of state. It was so complicated that so many schools just didn’t even bother trying to move families through the process because they couldn’t figure out how to navigate it.

Whereas this is just nice and easy. You qualify for the Cleveland scholarship if you live in the city of Cleveland. Everybody qualifies. EdChoice is a little more complicated. You have to be zoned for a school or fall below a certain income threshold. But the state basically has you put in your zip code and it tells you if you qualify. So the only downside of the Ohio ecosystem is the amount of the voucher, which at $4,650 was not anywhere near what it takes to educate a student. $5,500 is a little better, but it’s still not what it takes to educate a student.

On advice we’d give ourselves if we could go back to the start of the pandemic:

Maybe get to know the teachers personally, one-on-one, despite the constraints of not being able to be physically present. We put, like I think everybody did, pretty strict restrictions on guests in the building because that was important to parents…I feel like we’ve got a lot of ground to make up in terms of really building relationships, but also doing teacher development.

For the full podcast and a transcript, visit EdChoice’s site here.