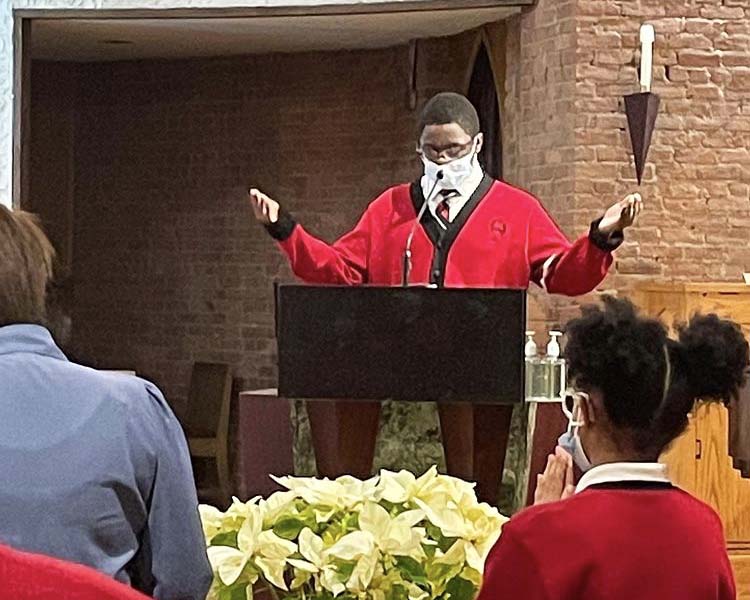 This week, the New York Times ran a guest essay by Ilana Horwitz, a sociologist whose research findings may surprise some: “teenage boys from working-class families, regardless of race, who were regularly involved in their church and strongly believed in God were twice as likely to earn bachelor’s degrees as moderately religious or nonreligious boys.” Religious participation for working-class males is even more significant than it is that for better-off young people, Horwitz finds.

She theorizes that church involvement provides young men with social capital—bonds that stabilize families and support beneficial behaviors, like avoiding substance abuse and attending college. She also suggests that churchgoing working-class young men “had a support system that insulated them from the hopelessness so many of their peers described.”

Horwitz’s essay isn’t just riveting for the link it establishes between church and college for young men. It suggests that those of us who are committed to the American dream of social mobility for all must do more than provide children and teens the education they need to unlock opportunities. We also need to offer welcoming, meaningful access to faith communities that can give young people an aspirational sense of their place in the world. Few doubt that our young people need college-prep education; according to Horowitz’s findings, they also need the transcendent hope some find in faith communities.

While Horwitz didn’t study religious schools—just churches—we at the Partnership certainly hope that our Catholic schools reinforce the religious participation and the sense of self our young people need to innoculate themselves from what Horwitz and others identify as an epidemic of despair.

Horwitz’s research echoes a 2018 Harvard study that found broader positive effects of religious community participation and daily spiritual practice among adolescents—effects such as decreased incidents of depression and increased levels of forgiveness, volunteering, and a sense of purpose. Yet the Harvard study’s participants were mostly of “relatively high socioeconomic status,” according to its authors. So Horwitz’s findings are particularly validating for communities like those our schools serve.

This week, if you needed signs of the kind of community and hope-building identity that we seek for all our students and particularly our young men, you need look no further than our school’s social media feeds.

At St. Athanasius in the Bronx, the Amigos are back having regular get-togethers. These pairs of younger and older students connect every few weeks to do a range of activities, such as reading and entering into Lenten retreats together.

Similarly, middle schoolers at St. Charles Borromeo in Harlem chose reading to younger schoolmates as one form of Lenten service.

It is in such beautifully ordinary moments of faith in action that older students can build a sense of themselves as someone to look up to, and younger students can see near-peer examples of how they can aspire to function within a community.

And in other ordinary moments caught on camera this week, a group of eighth-grade boys at St. Mark the Evangelist in Harlem headed outside together to Ghost, a novel about a middle school track star by award-winning novelist Jason Reynolds—who is also, as it happens, a Catholic school graduate. They may have just sought sunshine and good book, but by doing it together, they are strengthening the kinds of bonds that can reinforce other kinds of good decisions each of them may be inclined to make.

Unlike so much else in this world, religious practice isn’t transactional. As Catholics, we believe—or at least we are taught to believe—that our faith is not like some E-ZPass to college and other earthly markers of success. In fact, we are taught that faith is quite possibly the opposite—as Scottish theologian William Barclay summarized so well: “Jesus promised his disciples three things—that they would be completely fearless, absurdly happy, and in constant trouble.”

Yet if practicing faith equips our young people—Sunday after Sunday, daily prayer after daily prayer—with tools that can help them weather constant trouble—or at least power through long sermons and professor’s lectures—and to be “completely fearless” and “absurdly happy” at the same time, then those outcomes might just be worth even more than a college degree.