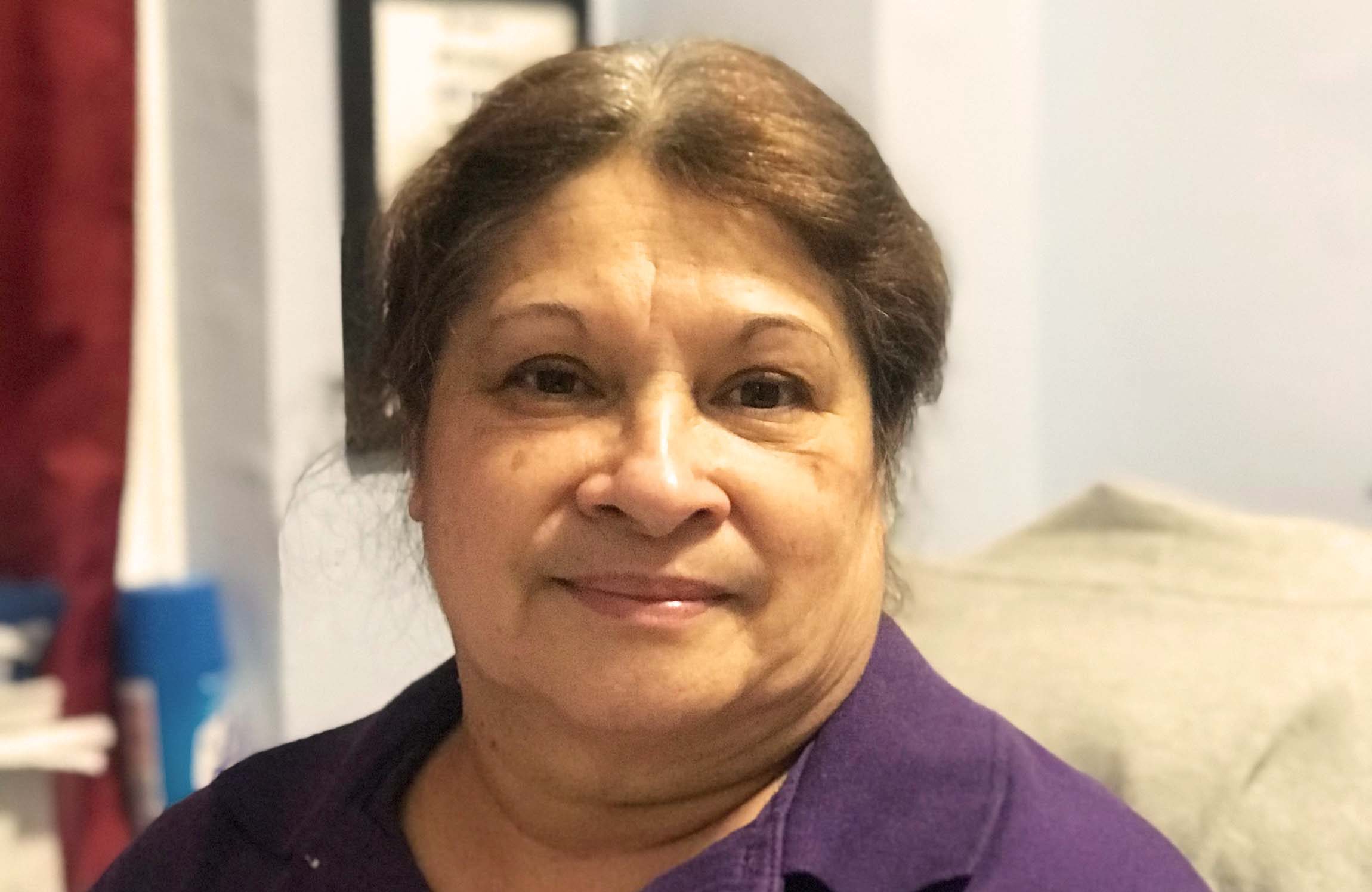 Twice in one week, in unrelated conversations, teachers from Sacred Heart School in the Bronx brought up the same name in trying to explain what makes their school special: Lourdes Diaz. Relationships, both Gabrielle Kane and Jill Murray explain, are key to Sacred Heart teachers’ ability to impact students, and Ms. Diaz is crucial for those relationships. She is an administrative assistant in the main office, and the teachers explain that when they encounter a difficulty reaching a parent or bridging a language barrier, Ms. Diaz tracks down people and information and translates. It’s a small part of the varied work she does; in fact, she takes care of so many people in different ways that her real title is la abuela de la escuela—grandmother of the school.

Pope Francis called for this year to be a year dedicated to St. Joseph, the father of Jesus. By asking us to honor Joseph, he is in part asking us to notice the Josephs in our lives—like Lourdes Diaz. And he is asking us to find grace in imitating them.

In the Bible, Joseph says little. He does two things uniquely well, as Pope Francis reflects: he accepts what God asks him to do, and he solves problems. Without Joseph’s acceptance and creative hard work, Jesus would not get from the manger to his ministry. Likewise, without the Josephs working around us,and without the sometimes unglamorous work we take on in service of others, holiness will remain forever an abstraction on the horizon, rather than a reality we take part in today.

God asks Joseph to accept Mary, even though his young betrothed is pregnant, and to name Jesus, accepting him as his own. God then tells Joseph to lead his small family to Egypt to avoid the threat that King Herod poses to the child savior. Later, God asks Joseph to pick up and move again—this time to Nazareth. As Pope Francis notes, “Joseph set aside his own ideas in order to accept the course of events and, mysterious as they seemed, to embrace them, take responsibility for them and make them part of his own history.” The Pope sees in Joseph’s acceptance a warning to those of us who remain “hostage to our expectations and the disappointments that follow.”

Joseph’s acceptance is not passive. Each simple “yes” he utters requires pure guts and redefines every aspect of Joseph’s life. Our teachers embraced a similar “yes” when they responded to the call to teach in new ways this year; our facilities team set aside other tasks and acquired whole new skill sets to build barriers, pitch tents, and create new spaces with practically Harry Potter-worthy magic. Our school and network leaders have likewise taken on new roles and tasks. Their yeses may have given them tasks and identities they would not have imagined for themselves a year ago but which are bringing life-giving hope, fellowship and learning to God’s children, and moments of grace to those who provide it.

Like any refugee dad, Joseph faces significant, urgent, mundane needs. He is often pictured as a humble domestic saint—a carpenter in his workshop. But it takes the guts, drive, and smarts of a superhero to move—twice—to entirely new communities, with no support system, and find food, shelter, and work. Pope Francis says that Joseph demonstrates “creative courage.” Every day that Jesus brought salvation to the world was made possible by thousands of days when Joseph worked for another day’s bread, and provided nurture for his wife and son.

The logistics of life during COVID often feel burdensome. But as anyone who has received a vaccine or day of joy-filled in-person learning can attest, solving those problems both on a large scale and on small ones is making so much good possible right now. Creative courage—what an apt name for the call these times issue to all of us.

St. Joseph is the patron saint of workers, and the pope certainly seeks to honor workers like Lourdes Diaz in devoting this year to Joseph. He is also calling us beyond the platitudes for them, to notice with prayerful awe the interconnectedness we share through our reliance on each other’s essential work; to experience the grace of accepting the work before us; and to tap into our own creative courage. As we enter into this particular Lent, maybe the prayer we should consider is simply this: St. Joseph—pray for us.