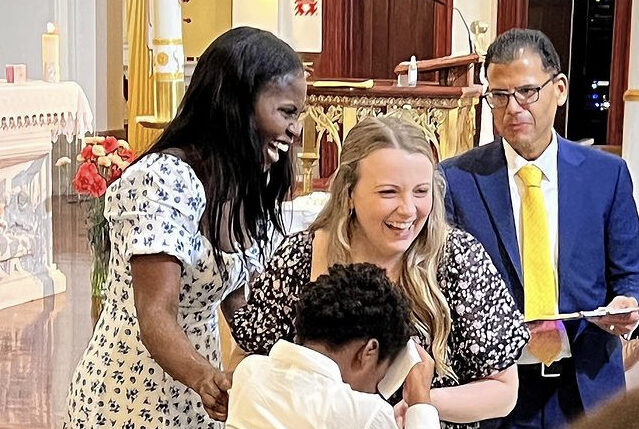 When St. Theresa of Avila said that “Christ has no body now but yours,” she was pointing out a remarkable truth: holiness resides within of us and spreads through our actions.

That’s a call to action that each educator in the Partnership answers through their work. Yet in almost every one of our schools, there is a special person or handful of people who take on the work of faith formation in a particular way. And as times and religious practices change, they are evolving new ways to share our timeless faith. The work of two of them—Steve Kuilan at Our Lady Queen of Angels in East Harlem and Sr. Karen Somerville—offers some insights into what it means to be a charism carrier.

Their work couldn’t be more important, given two national trends. Last year, membership in a church community across the U.S. dropped below fifty percent for the first time. Yet Catholic school enrollment rose. Catholic schools have a new opportunity—and a new urgency—when it comes to cultivating the spiritual and religious lives of young people.

If you ask OLQA’s “Mr. K” what his role is now in his 29th year at the school, he’ll tell you that he teaches 5-8 grade religion and that he is also responsible for preparing students for the sacraments. His role is innovative and crucial because the parish attached to OLQA closed years ago. While some families attend nearby St. Cecilia Church, others’ only contact with a Catholic institution is their child’s enrollment at OLQA. As a result, Mr. K’s faith formation involves a significant effort not just with students but with parents.

“There is a lot of false, misleading information that many have of the Catholic Church,” he explains. “For example, some families make a lot of assumptions, and for those reasons, their children don’t receive the sacraments. By contacting them and giving them resources within the faith, they begin to feel comfortable about allowing their child to receive the sacraments.” Mr. K adds that how he issues the welcome of the Church to parents is as important as the welcome itself: “I give them the facts in an environment that they know they won’t be judged, and we begin to break the cycle of incorrect information.”

The results speak for themselves: Last year, OLQA—a school with no parish feeding it—had 36 students receive their First Communion, 33 students get confirmed, and 12 students among all grades become baptized. And as principal Liz Nuzzolese notes, alums come back frequently to visit Mr. K, who is godfather and confirmation sponsor to countless students. One even reached out to the school last year from his first year at medical school to thank Mr. K for the impact he has had.

The Franciscan Sisters of the Renewal who are in residence near OLQA certainly support the school in key ways, particularly with prayer services and liturgies. Yet it is Mr. K—a dedicated, faithful layperson, functioning within the nimble, local structure of a single Catholic school—who carries that work into day-to-day, sustained evangelization of students, their parents, and the OLQA community as a whole. 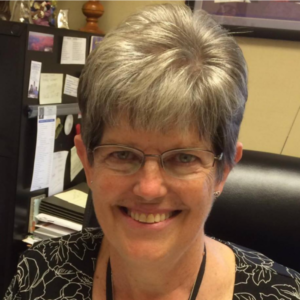 As a nun, Sr. Karen Somerville may fit a traditional image some have of those who form others in the faith. Yet she has adapted the traditions of this once-German Catholic school community to meet new opportunities, making her work as innovative as it is indispensable.

Christian Dallavis, Assistant Superintendent of the Partnership in Cleveland, explains that “St. Francis has the most full-hearted student engagement in Mass of any Catholic school I’ve ever seen.” This student engagement occurs even when only a small handful of students in the school come from Catholic families. Sr. Karen began building it when she was the principal and continues the work now, as she remains in residence and partners with current principal Carrie Grace on key faith formation activities.

As Sr. Karen explains, she came to lead St. Francis with several principal assignments under her belt. When it came time to plan liturgies at her new St. Francis, she says, “I was good at picking songs; I knew what kids like. The kids at St. Francis were a different culture than my country kids or Gates Mills, but they liked it. They sang. I thought things were going quite well.”

But when a neighborhood preacher came as the guest of an eighth grader to speak at a Martin Luther King, Jr. Day prayer service and brought his own musicians with him, Sr. Karen glimpsed a student response that changed her approach. “I stood back and watched, and I knew: this would be the way we do it from now on. The kids were themselves. The kids came home to liturgy that day. The liturgies had been good, but this was better.”

St. Francis’ liturgical participation is about more than catchy tunes. Days before Mass, students not only learn the songs, but they pray with them and reflect on the messages they convey—so that by the time they sing in Mass, students aren’t just singing songs; they are using them to worship with full, age-appropriate understanding. Sr. Karen also attributes two other factors to the vibrance of Mass at the school: Bishop Roger Gries, who not only celebrates Mass with the St. Francis community but embraces its participatory, culturally distinct elements; and the space where they worship, a snug one where individual voices are submerged in the collective, contributing to the sense of togetherness.

As principal Carrie Grace says, “While our Masses are based on tradition, she found a way to combine our celebrations of faith with our rich Black culture. Her understanding, along with her willingness to collaborate with community members, truly brought our Masses and Catholicity alive!”

Carrie defines Sr. Karen’s effectiveness in a way that could be true of Mr. K at OLQA as well: having “an understanding of the values and needs of our community and combining that with the Catholic faith to create a true sense of faith and understanding of God’s love.”

By sustaining Catholic schools—even in communities that are, at present, predominantly non-Catholic—we preserve opportunities to cultivate that sense of God’s love. This All Saints Day, we celebrate and honor centuries of unheralded saints who have passed that awareness from one generation of children in Catholic schools to another.